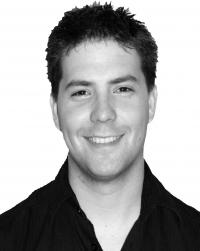 My name is René Christian Castberg, I was born in Singapore on the 13th of April 1978.

I have a Masters in Physics and one in Chemical Physics.

Briefly about me (Link to CV)

As my father was working for Det Norske Veritas (DNV) we moved around quite a bit, Singapore, Malaysia, England, Holland. During these years I followed the British Schooling system until we finally moved to Norway. Here I attended the Norwegian high school program for one year before taking the English speaking International Baccalaureate.

After completing high school I did my compulsory military service with the Royal Norwegian Air force in the Explosive Ordnance Disposal unit at Rygge Airbase.

I then went to study Chemical Physics at The University of Edinburgh, a masters program lasting 5 years. After completing the program and having looked for a job I decided to do another masters, this time in Condensed Matter Physics at the University of Oslo, which I completed in August 2008.

I am now completing my Phd in Physics at the University of Oslo.

Create your own travel map – TravBuddy